A service and reception in celebration of Amelia's life will be held on Saturday, February 24, at the Charles Hotel in Harvard Square, Cambridge, Massachusetts. Kindly arrive at 1:00pm; the formal speaking portion will begin at 1:30pm, followed by refreshments and a cash bar. 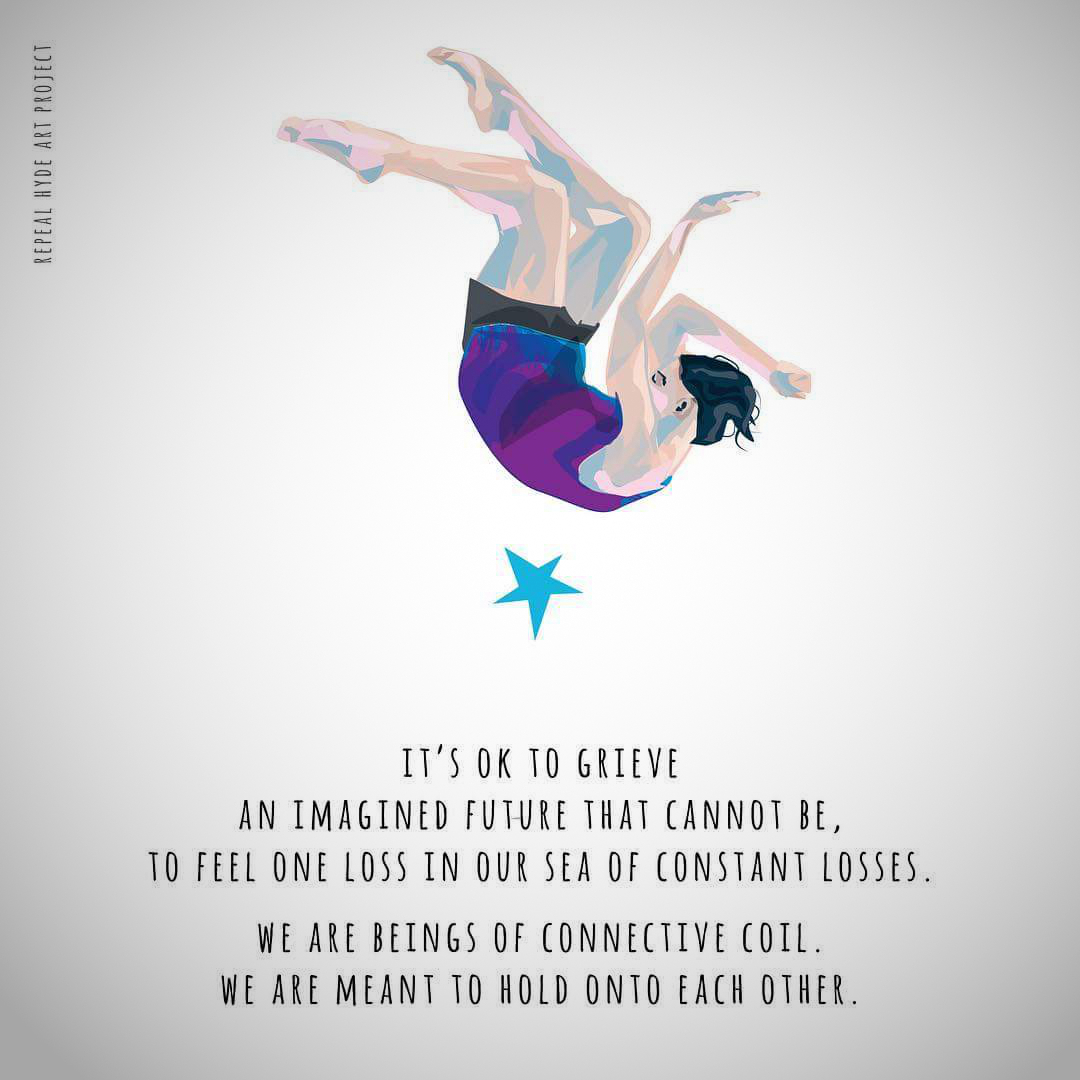 Amelia Elizabeth Perry, 26, died January 30 at her home in Somerville following a long struggle with severe depression and anxiety.

The youngest child of Alan and Catherine Perry, of Concord, Mass., Amelia was born October 3, 1991, in Plano, Texas. She was raised in Manchester, England, and in Concord, attending the Concord Public Schools and then university in the UK. During these years, she was known as William. Most recently she was a graduate student in applied mathematics at MIT, a vibrant and beloved member of her community, and a solution-driven activist for trans rights and mental health care reform.

She is remembered for her brilliant mind, her appreciation of the absurd, her musical talents, her profound generosity of time and energy, her patience, sensitivity, compassion, mirth, poise, sincerity, calmness and courage, and, by many, her enchanting eyes.

She enjoyed a playful and creative childhood with her two older sisters, and demonstrated a remarkable affinity for math and music at an early age. At only seven months, she astonished her parents by humming a Chopin tune, echoing her father’s flute. She was an early reader and befriended a set of magnetic letters and numbers (“Come along, little s” and “Eat your yogurt, y”). At 3, she informed a nursery school teacher, “I think ten lots of ten might be a hundred.” She taught herself programming in elementary school and created a 3D modeling program at the end of 8th grade. Later, she developed the ability to simultaneously hum and whistle two different parts of a classical piece in harmony. Amelia was, however, resistant to learning skills she did not value, such as tying shoelaces or writing neatly.

In Concord, she attended Willard Elementary, Sanborn Middle School and Concord-Carlisle High School, where she was especially active on the math team and in the orchestra. During summers in high school she took part in the Program in Mathematics for Young Scientists (PROMYS) at Boston University, later becoming the program’s head counselor. At PROMYS, she acquired the intellectual foundation for independent research, and she discovered her passion for teaching and mentoring others. Amelia also played the violin and viola exquisitely, tutored by Ken Stalberg. She once delivered a rendition of Bach’s Chaconne so movingly it seemed the entire recital hall might resonate to the point of collapse.

At 21, she earned her master’s degree in mathematics at Keble College, Oxford, where she studied algebraic topology, with a special interest in topological quantum field theories. She had a fondness for good shapes and a knack for explaining abstract concepts in very down-to- earth, visual ways. Arriving at Oxford having already been exposed to much of the standard undergraduate curriculum, she helped and tutored many other students. She excelled academically and thrived by pursuing independent studies under the encouragement of Prof. Christopher Douglas. With a fellow student, she established a series of undergraduate mathematics seminars, where talented students could present their own research and bring invited speakers to campus. Amelia led Keble’s music society and the college orchestra, organized an ultimate frisbee team, and rowed. She enjoyed collecting delicacies at the covered market, cooking for her housemates, strumming a guitar, or punting along the river sipping Pimm’s. When she won a prestigious London Mathematical Society research prize, Amelia attended the formal ceremony with her childhood best friend from Concord, Lawrence Rubin. Amelia’s time at Oxford was a cherished opportunity to reconnect with many relatives in England.

For the past five years, Amelia was a doctoral student at MIT. She was a leader in student social life and enjoyed catering very large parties at her dorm, Edgerton. Changing course from theory to application, she made important research contributions at the intersection of data science, machine learning, optimization, statistical physics, probability and abstract algebra. Her close collaborator, Alex Wein, remembers that Amelia spent very little time reading papers in the mathematical literature; she preferred to read only the first page and then derive the result herself. Increasingly concerned about the ethical ramifications of machine learning technologies, Amelia sought out applications she felt were most beneficial to society, turning toward the life sciences. She recently made important advances in the use of mathematically proven algorithms to elucidate the structure of biological molecules through cryo-electron microscopy. Upon earning the PhD this coming summer, she had intended to take a postdoctoral position in a computational biology lab in Cambridge.

It was during her time as a graduate student that Amelia more fully expressed herself, transitioning in 2016. She became engaged in LGBTQ student life and social activism and was fortunate to find, in Somerville and beyond, a loving and sustaining community. She brought joy and magic into many lives. She also, however, endured numerous instances of threatening harassment and abuse as she went about her life.

Amelia had experienced bouts of depression from an early age. Her health severely worsened in the last 12 months, and despite this immense struggle she fought with determination to remain connected to all whom she loved and to her pursuits. She self-advocated fiercely against an inadequate mental health care system that can be particularly insensitive to, and traumatic for, transgender patients. Throughout this time she was nurtured, supported, and cared for by her family and by her partners Daria Phoebe Brashear, Rox Sayde, and Georgia Squyres. Amelia is loved and remembered by her parents Alan and Cathy, sisters Nicola Perry and Caroline Perry, sister-in- law Caroline Sluyter, three grandparents, eight aunts and uncles, and nine cousins along with their partners and children.

In celebration of Amelia’s interests and activism, donations are suggested to: